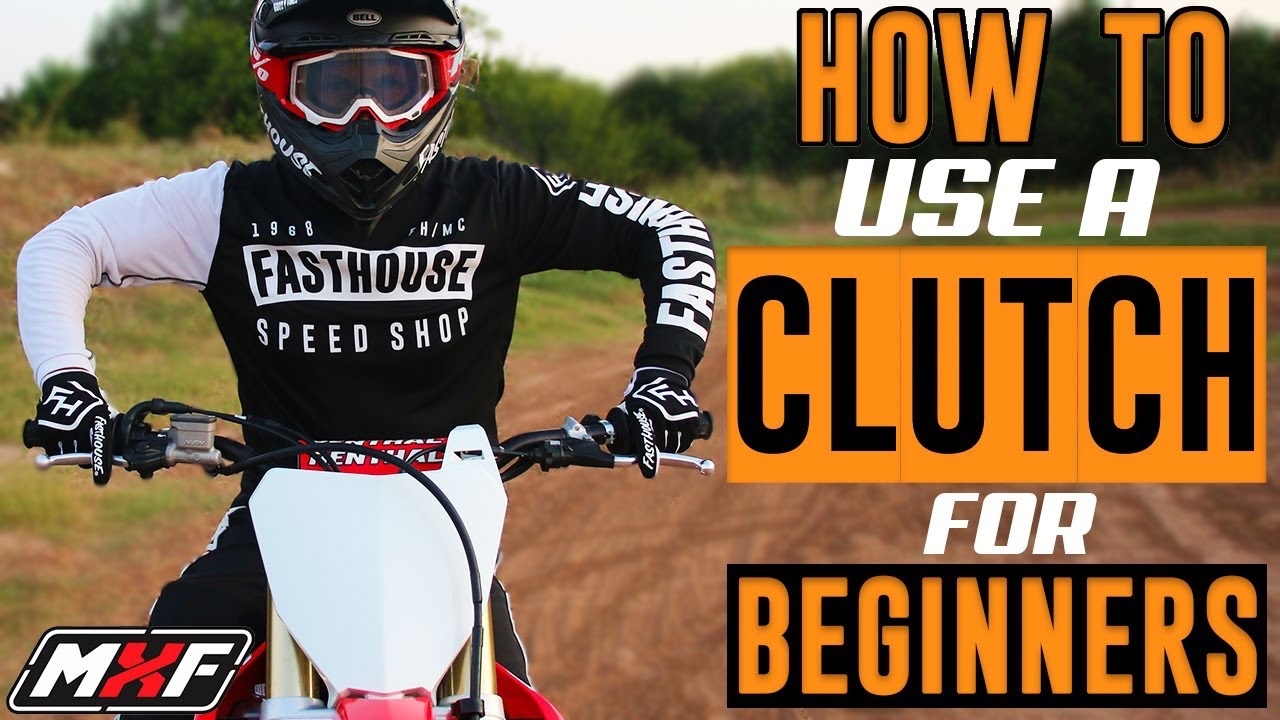 How to Properly Use a Dirt Bike Clutch - Avoid Whiskey Throttle!!

In this video, we're gonna teach you how to properly use your clutch. You don't wanna be another one of those whiskey throttles.

What's up guys, Tyler from the MX factory at the MX factory. And today we're gonna show you how to use your clutch. Properly with three awesome tips. So we're a little stuck on our Y Z 1 25 giveaway bike. We're trying to decide, do we go black plastics? Do we go blue plastics comment down below and let us know what you think.

Tip number one is just having a great understanding of the point of engagement. Meaning when the bike starts to move based on how far you're letting the clutch out. The most common thing that we see here with our new riders is they don't know when the bike's gonna take off. So it spooks them when it does, and they kind of get into a panic mode and we have to kind of.

Start over when you're pulling in the clutch. The best thing that you can do is let the clutch out very, very, very slow until you feel the bikes start to creep along. There's two cues there. The bike will start to move a little bit and the RPMs will lower. Now what you wanna do from here is pull it in and repeat that as many times as possible until you can almost guess when it's about to happen.

Right? This is just you getting comfortable to knowing when the bike's about to move.

Tip number two, how many fingers do we use when we're using. Clutch. The answer to that in my personal opinion is never more than two. The reason for that is the more fingers you give up to the clutch, the less grip you have on the handlebar. So if you're using all of your fingers, which you do see often all four of the fingers that are accessible, then you have nothing actually holding you to the handlebar, except a little bit of thumb.

If you come back down to two and that becomes comfortable, that's perfect. If one is good for you, you can choose either your pointer, finger, or your middle finger. Either one of those are great. You obviously don't wanna use your ring finger or your pink finger. That would be super weird. You definitely wanna use one of the first two painters.

Another thing that's super helpful is having the right pool. Okay. So if you have your lever positioned incorrectly, that pool, isn't gonna feel real good and, or you won't be able to get the lever close enough to the bar to actually disengage the engine. What we do is we'll loosen the bolts, slide the lever over a little bit to where it's pull.

Be two things. They show you that you're doing it wrong. If you do a lot of throtle, the RPMs are gonna be really high before you let your clutch out. And it's gonna kind of feel and sound overwhelming.

If you let the clutch out too fast and you don't have enough throttle, it will stall again. Ah, again, Shoot. So you wanna make sure that you never let the clutch out fast and that you're matching your throttle with a nice smooth clutch release. So it it's kind of like this motion, right? The throttle is working with the clutch.

It's not here. And then here. It's matching the hands together. We're going, blah.

We hope this really helped. We hope that you're taking off smoothly in no whiskey throttle. If you like this video, we got plenty more over here. Make sure to check out all our social accounts down here. Our Instagram is booming. We're doing tips every week. Our Patreon on count is growing. That community is becoming awesome.

Now don't look at me. It's creepy.